Meroso Foods has a deep-rooted history as Belgium-based food manufacturer. Different milestones throughout more than 60 years have made the company and its product portfolio what it is today.

Two new products are added to the portfolio of Borden Belgium: 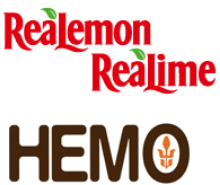 Borden Belgium reorganizes and moves the production of all bakery products to the Suzy Waffles plant.

The installation of a production line in Ramsdonk marks the official European launch of ReaLemon & ReaLime lemon juice & lime juice, the no. 1 brand in the USA.

Combined with a Belgium-based marketing and sales office, the ReaLemon & ReaLime brand are successfully expanded in Europe, Middle -& Far East.

Borden Belgium scales up its production of Belgian chocolate truffles to an industrial level. Successfully linking their knowledge, craftmanship and the reputation of traditional Belgian chocolates with an efficient and qualitative industrial approach.

Borden Foods Inc. sells Suzy Waffles to a French company named Brossard. Later the company and brand will be sold to the Belgian company Lotus Bakeries.

Fantasy cocoa truffles remain part of the product assortment, but with lower priority and scale.

Meroso Foods focuses on the further expansion of the two remaining product groups in its portfolio:

We'd love to hear from you!

Give us a call or send a message and we'll respond as soon as possible.